OK. No more promises that the "next entry is coming soon!"

I want to blog and blab more often, and I do know that I will put more effort into doing so.

The new look and the name change is step in the right direction. The spark came when I found out my haircutter's name is Friday. And I thought: brilliant. Who doesn't love Fridays? Who out there isn't wishing the day came sooner?

I have duly asked permission from my stylist to steal his name, and here it is, now in action.

Let's get things started, shall we?

Do you recognize the voice doing the narration for this Excedrin TV commercial, aired in the US? Have a listen:

Nice, deep and authoritative, ain't it? Yet he doesn't sound like an old fogey…

It's a cool combo that not many can pull off. 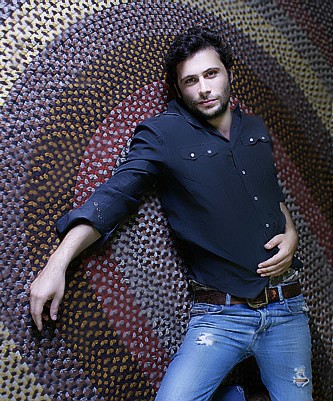 It's Elton from Clueless!

It's Crazy Billy from Six Feet Under!

Jeremy Sisto has managed to have a tidy career for himself, and he's only 35. No he's not Jake Gyllenhaal or Tobey Maguire or (gasp) Christian Bale. But it's no mean feat that he managed to play both Julius Caesar and Jesus Christ while in his 20s. Those roles require gravitas and demands a lot of any actor, even the most experienced ones. Either he's really, really good at auditioning (no industry exec is saying "Get me, Jeremy Sisto!", at least during that time. Or even now, probably) , or his agent is crazy good.

Jeremy also managed to transition from child actor (Kevin Kline's kid in Grand Canyon) to teen roles (White Squall, Clueless) to adult performer without any real baggage or burden. And: he is also sans burden of Child Actor Body Syndrome (as defined by cynical witch). He's no hobbit at 6'11/2".

Maybe because he never really looked a teen or maybe he possessed that gravitas-ready voice even as a young guy or maybe it was his height. He's come forward in a good way. I'm currently enjoying Jeremy as Lead Detective Cyrus Lupo in Law & Order (as in the original mothership). He joined in the Writer's Strike 18th season of the show, and now at Season 20 of this pillar-of-TV, the show is perhaps at it's most vital and energized and relevant than ever before. (They've pulled out ripped-from-the-headline plots such as the Eliot Spitzer hooker scandal, the David Letterman extortion case, to name a few.) More pleasures for the revitalized franchise-spawning program: Sam Waterston still fiery and tricky to win cases, Linus Roache as the lead prosecutor who plays out conflict most fascinatingly, Alana de la Garza as the secondary prosecutor who gets that mix of hot babe and real-working lawyer just right (she's damned gorgeous, but her performance makes you feel that's beside the point), S. Epatha Markerson as the no-nonsense boss cop and comedian Anthony Anderson as Lupo's partner.

I never used to watch Law & Order: Original Mothership before (no Benjamin Bratt, no Chris Noth could pull me in), but I realize why shows like these work and go on for 20 (!) seasons. Intriguing cases, plus a strong cast who reveal their quirks and beliefs in the small moments of the show. (And there's an occasional cute dog cameo too: Detective Lupo adopted Otto the bulldog from, cha chung! a dog-fighting ring they busted.)

I was more of a SVU watcher, but it's nice to take a rest from Elliott "this time it's personal, and by 'this time' I mean every time!" Stabler and Olivia's "Guilty First!" Benson.  But it's never too late to catch up with the mothership, even 20 years later. 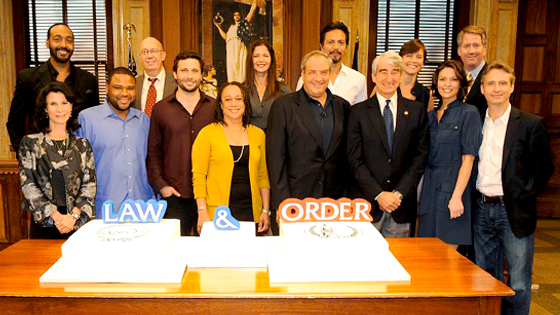