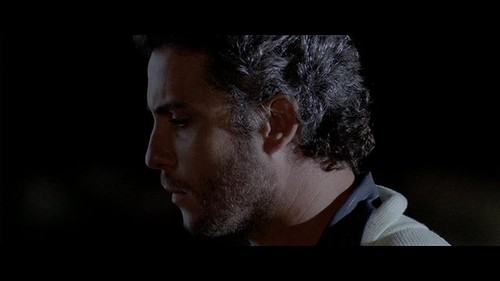 There's a line in your movie-going life that separates a "before" and "after."

Before was when movies were that special treat of mom and dad taking you to the movie house as a special outing, followed by merienda, or a trip to the toy shop.

After is when it dawns on you that a movie goes beyond entertaining you—that it's something you feel connected to in a creative sense. That you will probably be a MOVIE FAN.

Well, no shock—this is a phenomenon that happened to me. Sometimes you get lucky, and there will be that a movie (or movies) that will draw that line.

I've been trying to recall what chronological age I was when that happened—the earliest experience that made me see the movies differently. Was it Ordinary People? (Could be. Merits further thinking, which, I'm sure you know I'm doing!) Chariots Of Fire? Amadeus?

Who knows, really. (Yeah, yeah. I'll think about it. Some more.) So I decided to make the first long-promised "tent pole" discussion on Manhunter, directed by Michael Mann, released in 1986. It stars CSI's William Petersen. (That's his hot self up there in the first photo, 20 years ago and pretty hot!) It's not the first on the tent pole list, but I do know this movie is definitely part of it. 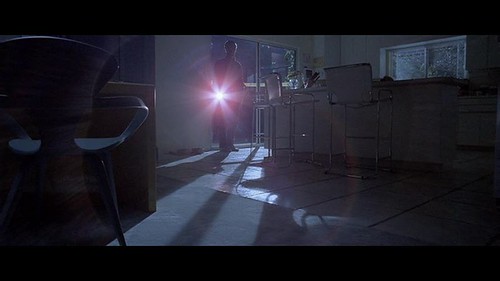 Manhunter is the first movie to feature Hannibal Lecter, adapted from the book Red Dragon by Thomas Harris. How it ended up with a generic-o, exploitative title like Manhunter is the usual, Hollywood cautionary tale. "Red Dragon" sounds martial arts-y, doesn't it? It's striking, because despite the gruesomeness of a serial killer murdering whole families and the use of nasty Dr. Lecter as a forensic Virgil, Manhunter is super far from exploitative. (No ick-ish brain sautéeing, no faces removed from live heads… you don't even see how the murders happened.)

Michael Mann was in his full Miami Vice bloom, so there are bound-to-amuse 80s flourishes in the flick, but Mann's flair for composition and camera movement is undeniably great in any era. Love that flare effect in the pic above, and the pic below is gorgeous and evocative. 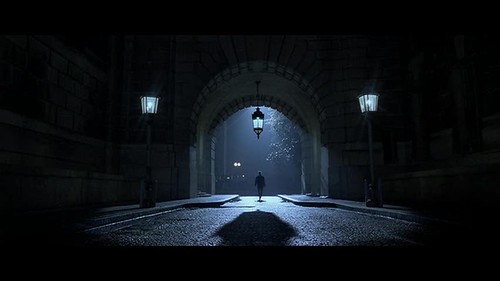 William Petersen is FBI Agent Will Graham, who's captured a few serial killers in his day, INCLUDING one Dr. Hannibal Lecter. His "immersive" detective techniques brings him to the edge of his sanity and apprehending Lecter in particular landed him in dire psychological straits. (Do you want to be in Lecter's brain?) As Manhunter begins, Will has quit the FBI and raising a family in Florida. But capturing the "Tooth Fairy," a family-murdering serial killer requires an agent of Will's skills. Will's compelled back into the game, mentally fragile as he is. So the chase begins, and director Mann and actor Petersen unveil the investigation with flair, dread (for both the danges posed by the Tooth Fairy and for the sanity of Will) and exhilarating intelligence. These agents are wicked smart, and seeing that displayed is way more fun than cutesy pirates fighting menacing squids, or whatever it is they do on those Pirates movies. 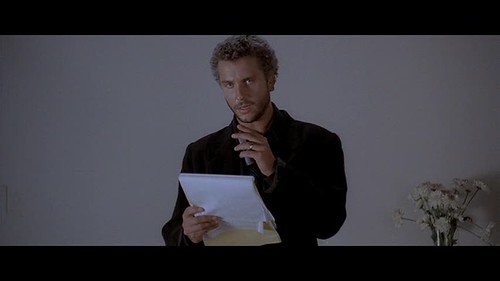 The portrayal of evil in the likes of Lecter and the Tooth Fairy also takes a novel approach. They never signal "bad guy over here!" machinations. Mann is able to make you certain these antagonists are horrid and trusts the viewers to come to that conclusion. (And I was glad to see this method revisited in the recent Zodiac.) Brian Cox plays Lecter and his three scenes, simply written, impart such deep evil. No ooga booga Claaarriiicceee hamming it up. Lecter doesn't even get a frightening lair. He's kept in an all-white glass cell, no frills and clinical. (This being Michael Mann and all, he set the Lecter prison in the actual Atlanta Museum of Modern Art, designed by architect Richard Meier.) 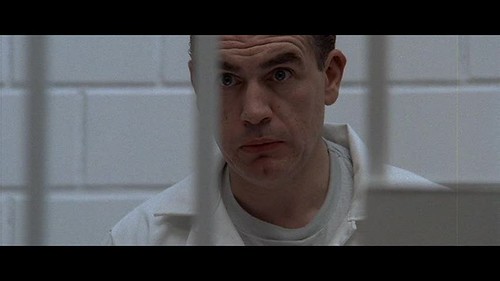 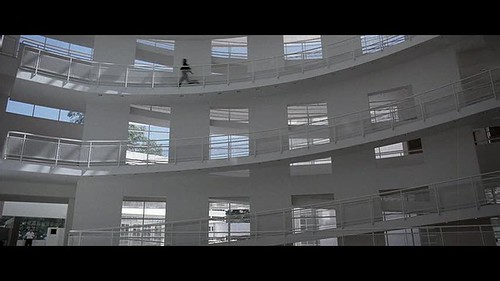 Something about Manhunter made me want to watch it over and over (it is pretty entertaining), and each viewing got me thinking, speculating, wondering how Michael Mann made such an awesome suspense/action movie with hardly any gore or stunt-filled action sequences. What I've called a show-not-tell directing style.

When a movie can give you this much, even though Mann & co was probably just aiming to make a nice piece of entertainment, it's a pretty neat magic trick, no? 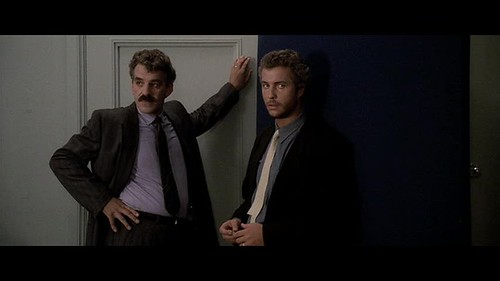